The NEW YEAR IS A GREAT TIME TO START A GRATITUDE JOURNAL! Get our FREE Gratitude Journal NOW! Available in English and Spanish! 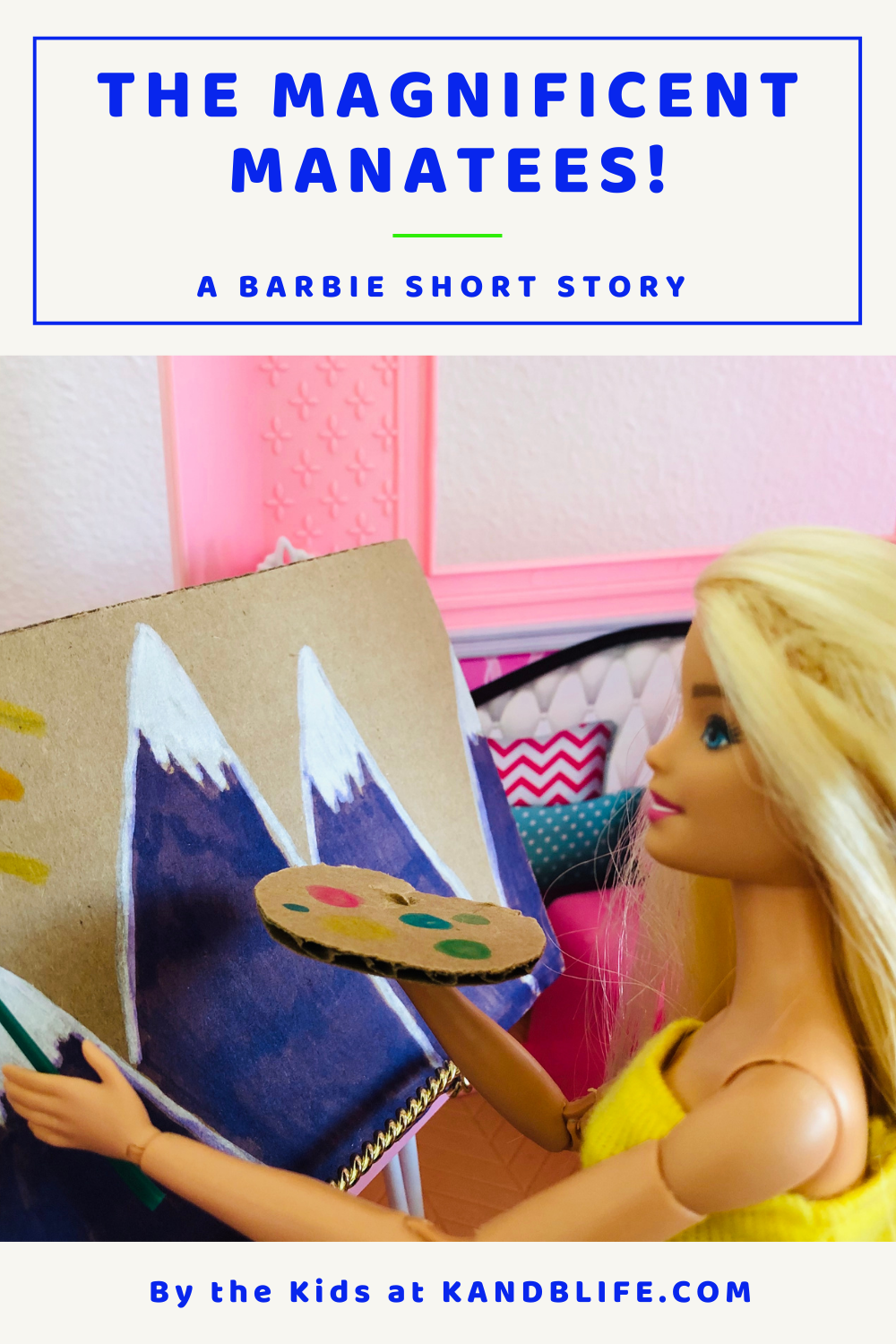 A Barbie Short Story about the Manatee family

Hello, it is me, Rowan! Today we are going to talk about the Manatee family. They are such a great family. The Manatee’s are very artsy, they have some of the most famous artworks displayed in their home. Also, their house is SOOO clean! It’s nothing like ours. Their halls are dust-free, spider-free, and everything! 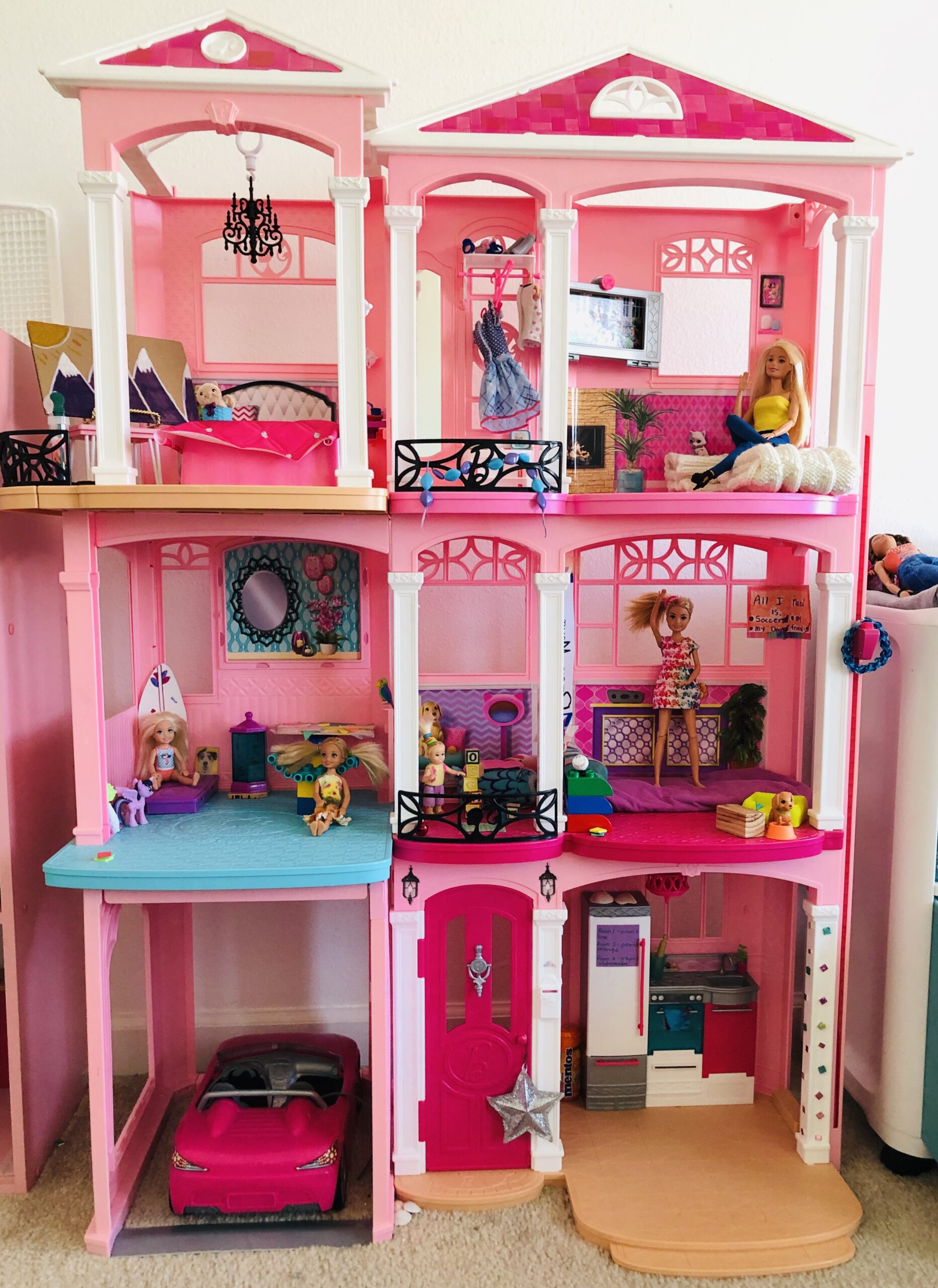 And get this, everyone pitches in! It’s not like in our family, where only some people follow the schedule, and the rest don’t do it. It’s amazing how everyone pitches in there! Their family practically lives on a routine, that’s why they are so organized.

So, I decided to do a month-long thing where I go to each family’s house and interview each person. We will sit down, drink hot chocolate, and they will tell me about themselves. Today’s diary is about…… The Manatee family!  We are going to take a closer look at each person in their family. 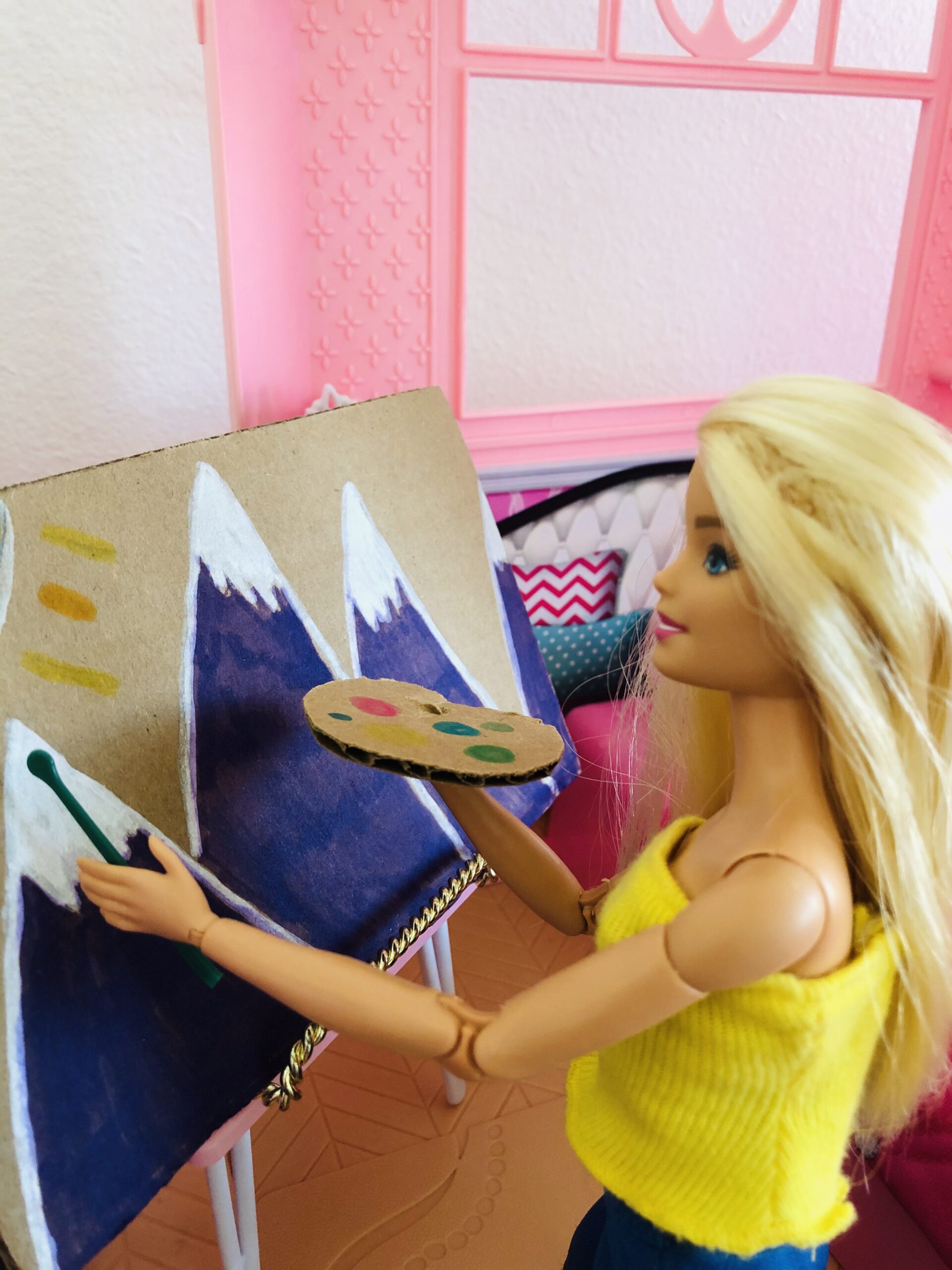 Crystal is the mom. She’s 48, she loves to paint and do all sorts of art projects. She is very organized, and she loves to help her kids with any project! She also has a pet cat, named Paint. Mrs. Manatee is the one who makes sure everyone is going where they are supposed to go. For instance, she makes sure everyone is out the door and into their van by 8:30 (when school starts).

Crystal is also the one who always plans and coordinates all the fundraisers. Oh, and did I mention she is the mom who bakes everything? She once baked these good marshmallow dream cookie brownies at the spring fling, (also planned by her), and ever since when I go to play over at their house, she always bakes them for me! She’s a great mom. 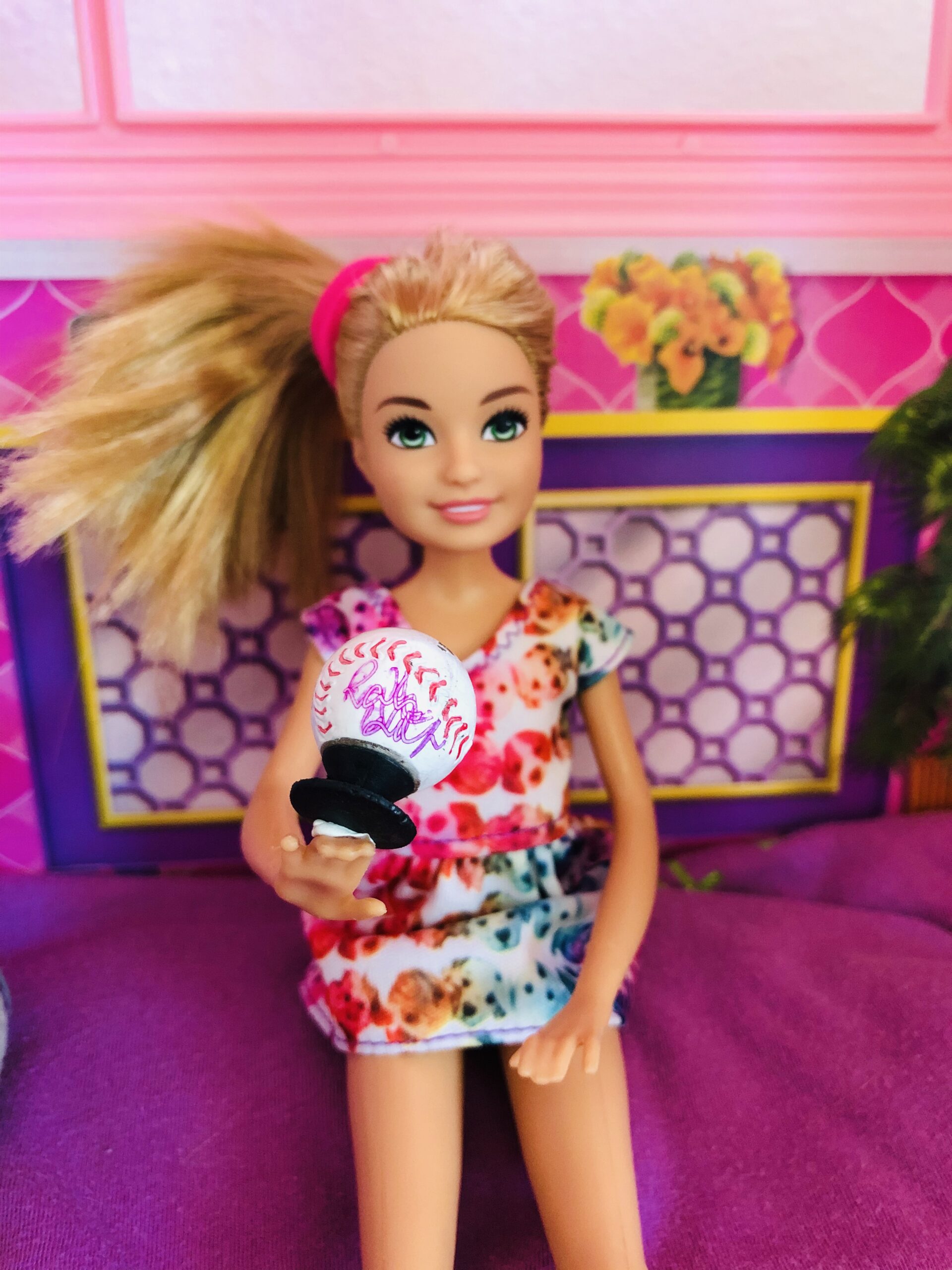 Chris, a Stacie Doll, is best friends with my sister, Charlotte. I see Chris a lot over at our house. Chris has a dog named Spot, who is the cutest, dumbest chocolate lab! Lee, who is in the Volkswaggons, always plans these secret Stacie meetings, and all the Stacie’s go to the sports gym and talk about stuff. I got all that information from Maily, who we will talk about right after Chris. 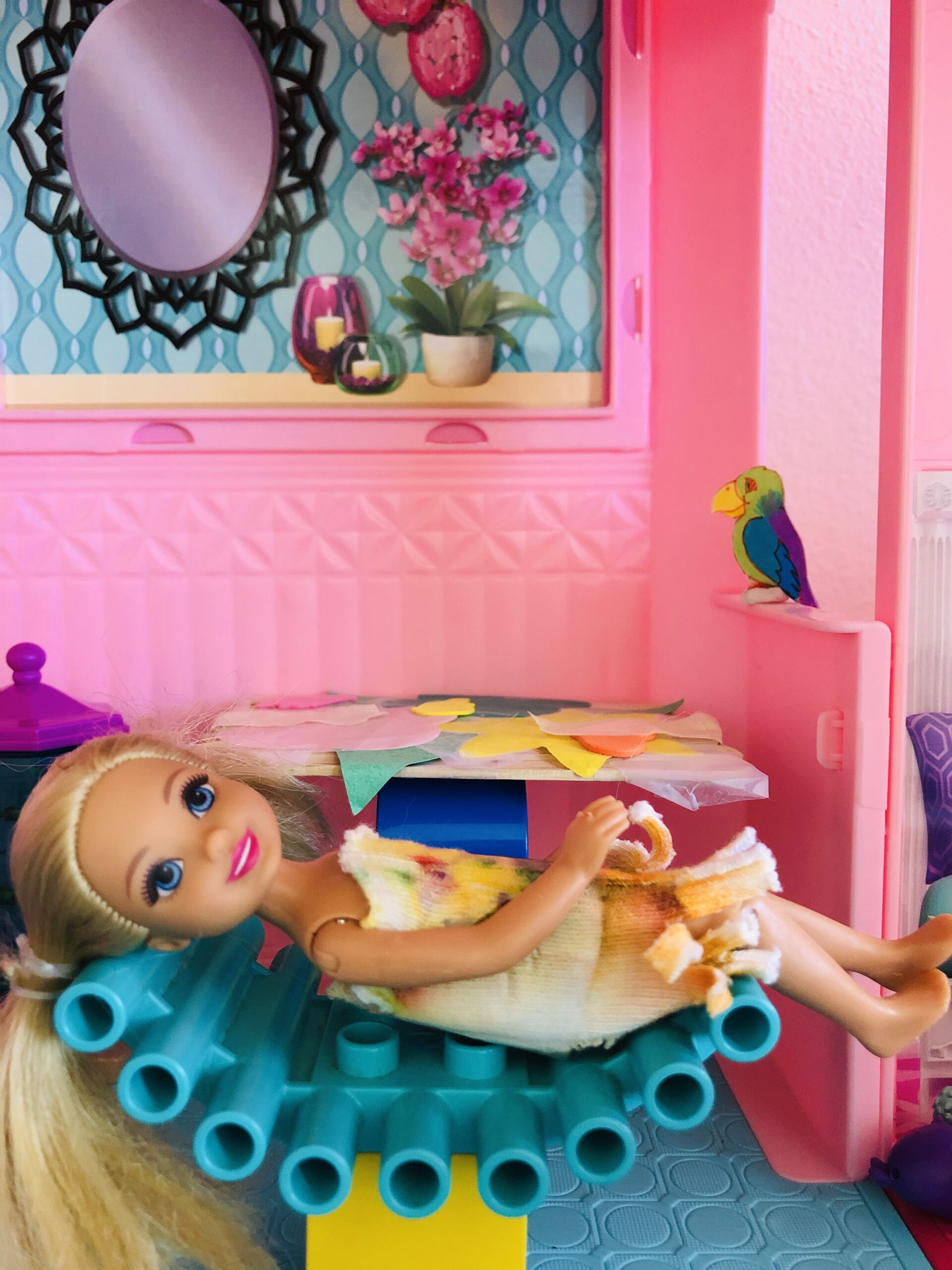 Mayle is a Chelsea Doll and is a very odd one, too. You will never run into a Mayle like this one. She is quiet, yet sneaky, yet weird. Mayle has a Pitbull named Mars, however, she wants to re-name him Jupiter, but Mars growls and goes nuts whenever she calls him Jupiter. She also has a parrot named Pluto.

Ok, the first thing to know about Mayle is that I get all my information from her. You see, she loves listening to other people’s private conversations. When the Stacie’s have an SSM (Secret Stacie Meeting), she always goes to spy on them.

One time when I was telling Brynn I got an F on my math quiz, Mayle was listening, and all a sudden I hear, “That’s ok Rowan, I got an F too.” I was like, WHAT? The door is locked, how did she get in? How did she hide and us not know? She is a very sneaky person.

Sometimes it pays off, though, like in our weekly Chelsea Club Meetings.  She tells all the gossip she has heard from random people. Sometimes she hides in dumpsters and bushes to get all the information. She’s crazy. Also, if she has any gossip about any of our family members, she comes to us right away and we must pay $10 – $100 for her to tell us, depending on how juicy it is.

I once had to pay 48 dollars to find out who Charlotte’s boyfriend was! She makes lots of money doing that. I don’t gossip with anyone else, though, because it might hurt other people’s feelings. But, I am more than willing to listen!

The second thing about Mayle is that she loves space. She loves space so much, she doesn’t have any windows or any lights in her bedroom. All she has are glow in the dark stars and planets. She has space everything, and most of the time, her head is in space. Her and Kara (god bless her) share a room, here’s a picture: 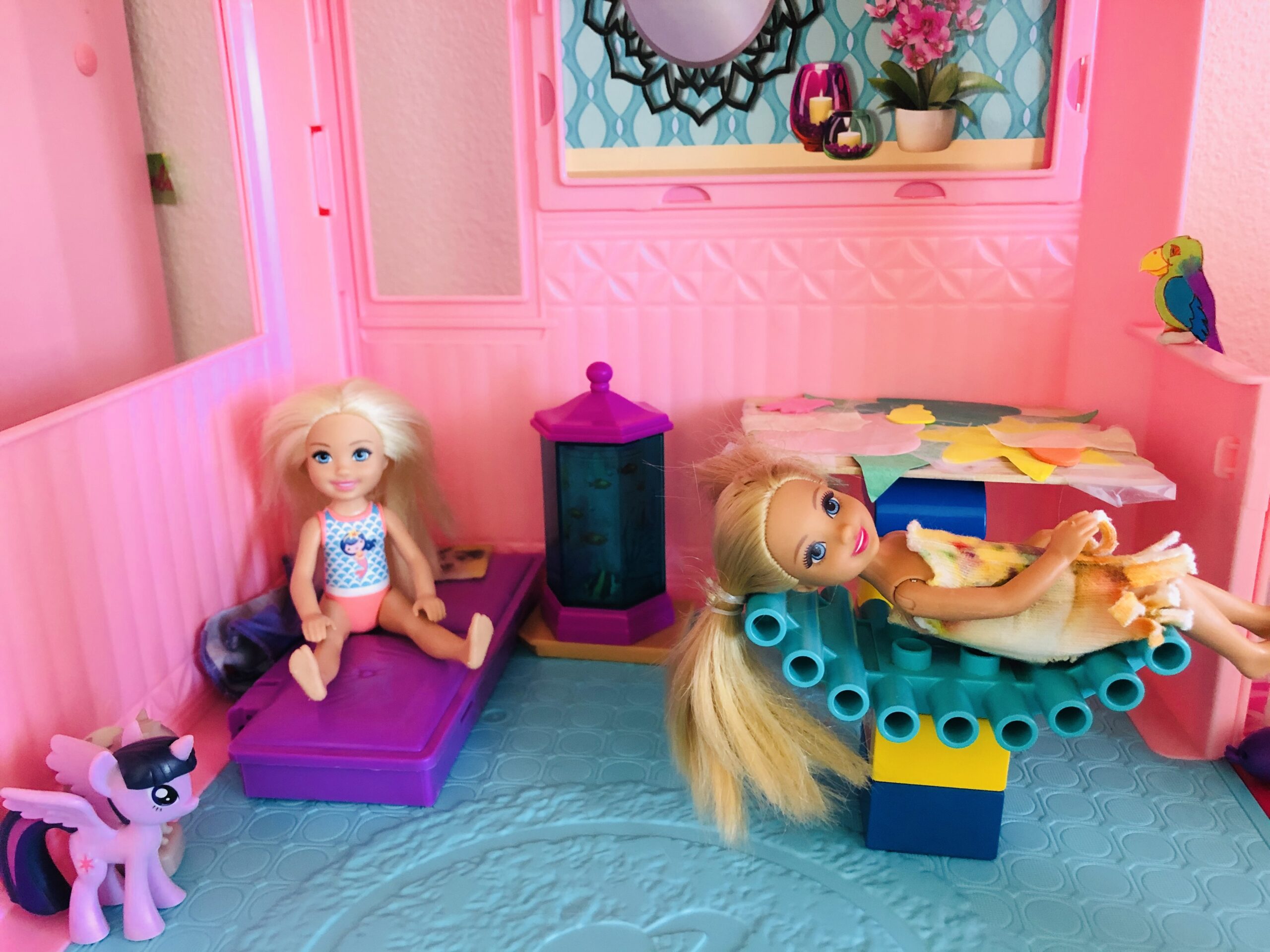 Kara is another Chelsea Doll and is super nice! She loves all sports, water sports, and anything in between! Her best friend is Ondina, who is in the Volkswaggon Family, and they make a good team. Kara is awesome in the water and fantastic at swimming. She plays competitive paddle boarding, swimming, rowing, and surfing. She is taking lessons right now for deep-sea diving, and boat racing.

Kara is also on the tubing, water skiing, and diving teams. Ondina does most of those too. I don’t know how Mrs. Manatee keeps up with her!  Kara and I do about 2 of those things together, and that is surfing and tubing.  Kara is the one who we always carpool with and go to birthday parties with. She is super nice, I love being her friend. 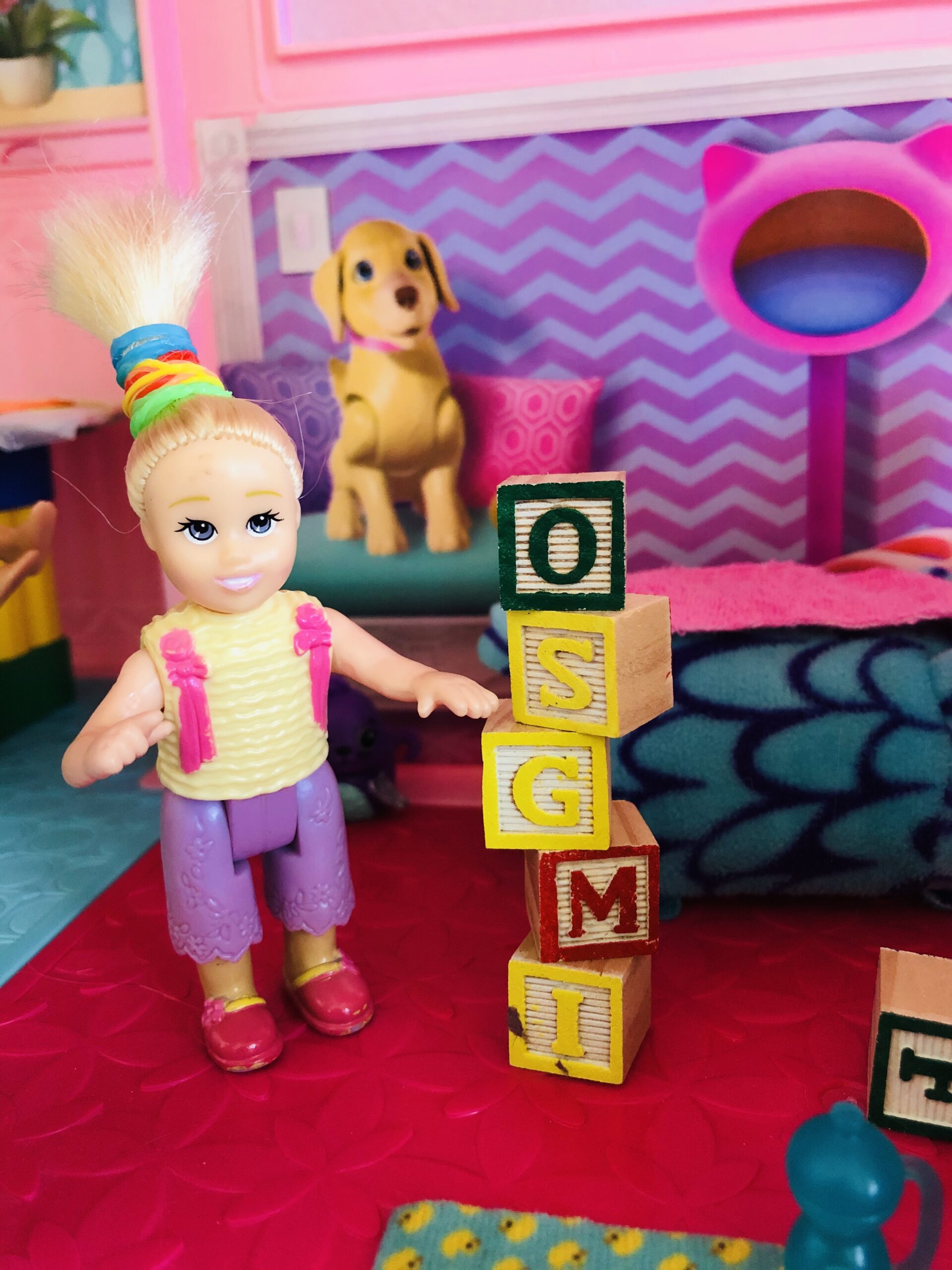 Auggie is a toddler and is 2 years old. She is SOOO cute! I just want to smoosh her face! Auggie is short for Augustine. I wonder if Mrs. Manatee named ChrisTINE and AugusTINE (same endings) on purpose? Not only are their names similar but they are really close, too. Chris really wants to get accepted into Skippers Babysitters Inc. Club, so she has been working hard at taking great care of Auggie.

I am not really close with Auggie, because she can’t talk, which means she couldn’t do her interview, so Kara and Mayle kindly helped me learn more about her. Mayle said she sleepwalks and babbles and points to some boy she sees at the park a lot. Nobody is sure what that means. That is all I know about Auggie. As she gets older and can talk correctly, I will learn more about her.

Well, that’s it for the Manatee Family. I wonder who I’ll interview next?

Until next time! BYE!

**For another Barbie Short Story, start Rowan’s Diary from the beginning here with Day 1 in My New Journal Or you can read the last one about Barbie World here!

***Love these Barbies? You can get them down below, just click on the pictures! They’re affiliates, but don’t worry, it’s at no extra cost to you! It may or may not just give a little something to help keep our site going.  Thanks for your support!  And remember to sign up for email, we’d love to have you be apart of our K and B Life Community! 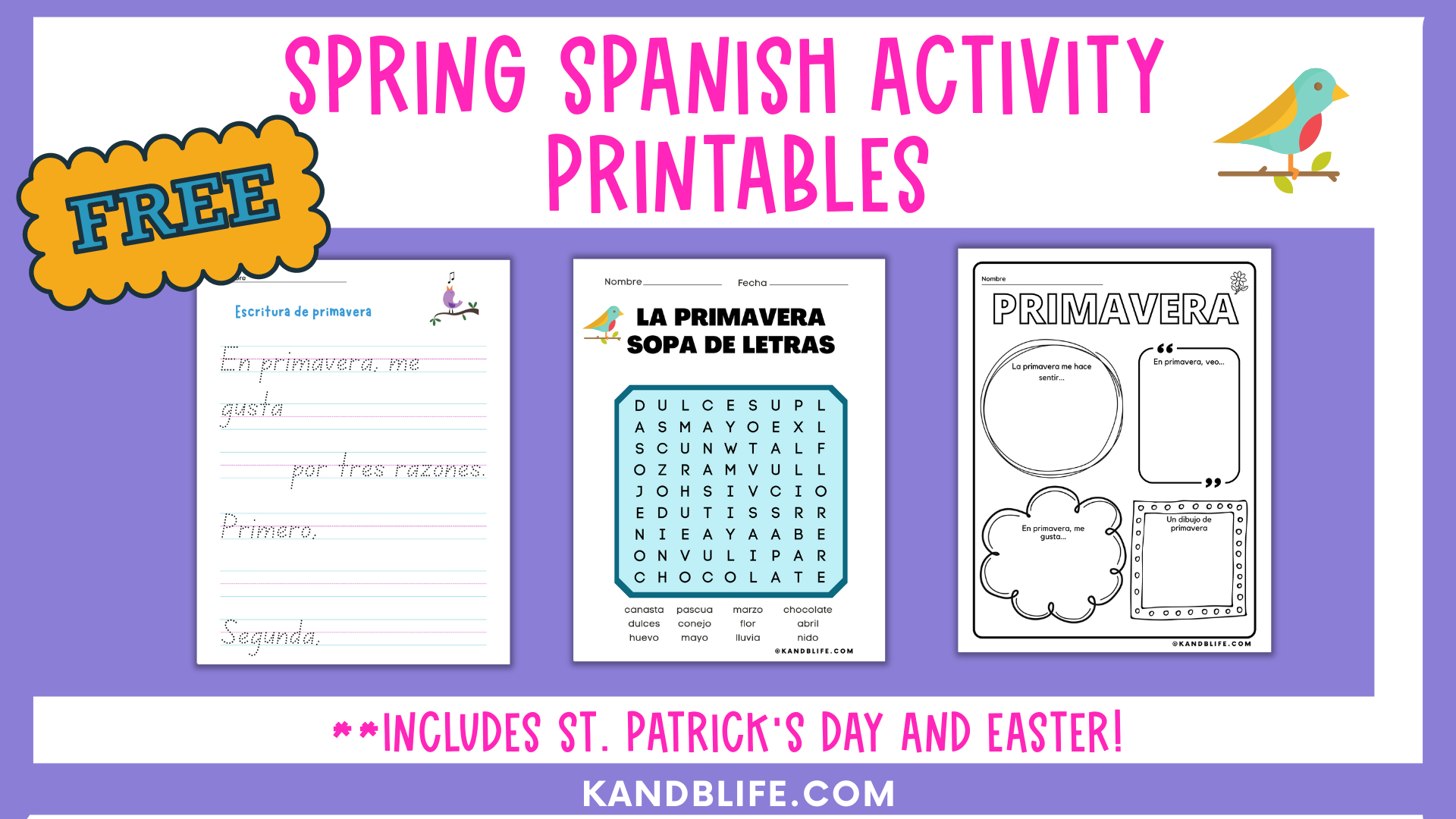